The Physics of Fox Movement in Complex Landscapes 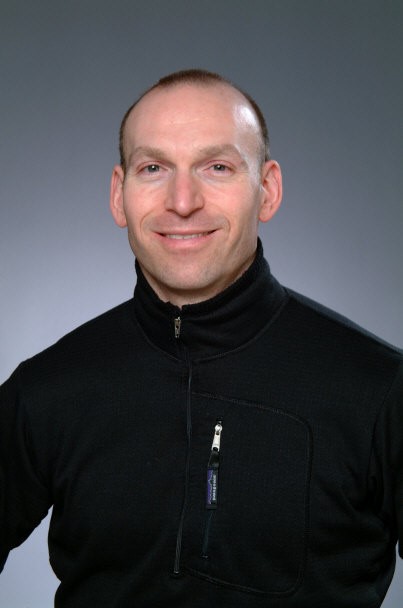 Sheldon Opps recalls watching a large silver fox from the window of his Prince Edward Island home last winter. The fox in question was navigating the urban sidewalk, maneuvering around high snowbanks, even pausing to check for traffic before crossing the street. “He was tracing a path just like a human would,” Opps says. “He was very comfortable in his urban environment.”

Opps spends a lot of time thinking about urban foxes. The University of Prince Edward Island physics professor has been conducting an ongoing study of fox movement patterns within highly fragmented habitats such as urban Charlottetown. But Opps is not a biologist. He’s an expert in the field of soft condensed matter physics, where he applies the tools of statistical physics to study a variety of biologically relevant physical systems, including liquids, colloids, foams, gels and biological tissues. The interest in fox behaviour came via his wife Marina Silva-Opps, a biologist at UPEI, and from his interest in applying the methods of computational and statistical physics to study other complex systems – such as animal movement.

The life of a fox in Charlottetown is fraught with challenges. Along with the typical dangers that a city presents – traffic, hostile dogs and homeowners, a lack of natural food sources – the animals must deal with ever increasing habitat fragmentation that breaks up their traditional hunting grounds. Opps is studying what that fragmentation means for both foxes and humans.

Habitat fragmentation is having some unusual effects on the highly adaptive fox population. For one thing, the animals are quickly becoming semi-domesticated as homeowners feed them and even give them names in many cases. “We’re seeing the same patterns happening that we believe led to the domestication of dogs thousands of years ago,” says Opps. According to the current theory, wild wolves began living in close proximity to humans in the Palaeolithic age to take advantage of their hunting leftovers, eventually becoming domesticated by the process. “The conjecture is that in 50 or 100 years, if this continues, foxes could become domesticated here in Charlottetown as they have in other areas in the world, such as Russia”.

Patrick Strongman is a physics undergraduate student at UPEI and an ACENET fellowship holder who is working with Opps on the fox project. As part of his research project, Strongman developed the algorithm used to track fox movements and identify cluster points where animals gathered. The algorithm compiled hundreds of data points including individual fox movements, distances travelled, velocity and GPS information, and used the data to run simulations of fox movements based on changing urban conditions. Strongman says the ACENET computer network was key to the project. “It cut down to a few hours what would have normally taken weeks to complete,” he says.

Opps admits that fox habitat is an unusual subject for a physicist to be studying – particularly one trained in theoretical disciplines such as quantum mechanics and statistical physics. But he says it’s not really such a big stretch. “Like any physicist I’m a problem solver,” he says. “Physicists are usually busy looking across time and space or peering down into the realm of quantum mechanics. But just as a telescope looks back into time to study the beginnings of the universe, a study like this can unlock the secrets of how life evolved over time. Everything is interconnected. Humans and foxes are all a part of an evolving universe.”