The Mathematics of a Bumpy Ride 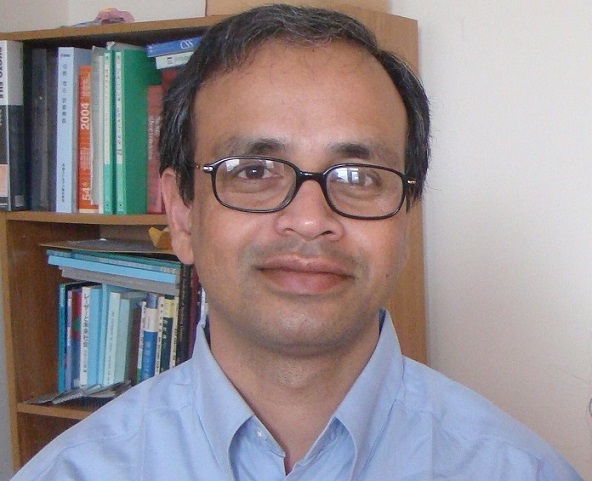 Everyone who flies has experienced turbulence – that uncomfortable sensation of dropping and shaking that happens as an airplane flies through a mass of unstable air. It’s always unpleasant, and can even be dangerous in some cases.

Scientists have struggled for a long time to understand and predict turbulence and its effect on aircraft, automobiles, buildings and other common objects, but its causes have largely remained a mystery. Now St. John’s-based scientist Jahrul Alam is making inroads in the study of turbulence and he’s using a lot of computational muscle to conduct his research. Alam is an associate professor of mathematics at Memorial University of Newfoundland and an expert in the field of atmospheric turbulence. “I try to characterize atmospheric turbulence mathematically,” he says. To do that he’s harnessing the computing power of ACENET, using a mathematical simulation model called adaptive wavelet large eddy simulation.

Turbulence is a complex process involving millions of tiny variables. To try and understand how it works Alam cuts his data down into atmospheric samples that measure 500 cubic meters in volume. “The smaller the sample the more accurately we can study the process, but turbulence has such huge degrees of freedom that we have to filter the data into manageable portions,” he says. “We could never measure it if we broke it down into something like cubic centimetres, for example. The calculations would be too large.”

One of the great enigmas about turbulence is the fact that there is so much of it in places like Atlantic Canada where the ground is often cold. It’s one of the questions that Alam seeks to answer with his calculations. “We know that turbulence is created by heat rising from warm ground, but we don’t really understand why it would be so intense in places where the ground is cold,” he says. “Or at night.” In regions with a cool ground, episodes of wind gusting often manifest as short turbulence bursts, making it even more complicated to measure and predict.

Alam’s research will ultimately have huge practical applications in fields such as airline safety, structural design and environmental science. With climate change, incidences of serious turbulence will increase, he says – particularly the headline-grabbing incidents that involve injured passengers, aircraft damage and emergency landings. “If we can understand turbulence, maybe we can learn to predict it more accurately so that aircraft can avoid it,” says Alam.

Alam says his study using wavelets and the ACENET computer network is unique and is producing some significant results. “These are techniques that very few people in the world are using,” he says.

Climate change is also making Alam’s work more pressing. “If we continue global warming, the incidences of atmospheric turbulence will increase,” he says. At the same time, humans are constantly changing the surface of the planet by cutting down forests, building tall buildings and reengineering the ground. All of it has an impact on turbulence. “We need to understand it so that we can predict it and design better structures, and better aircraft and automobiles to deal with it.”