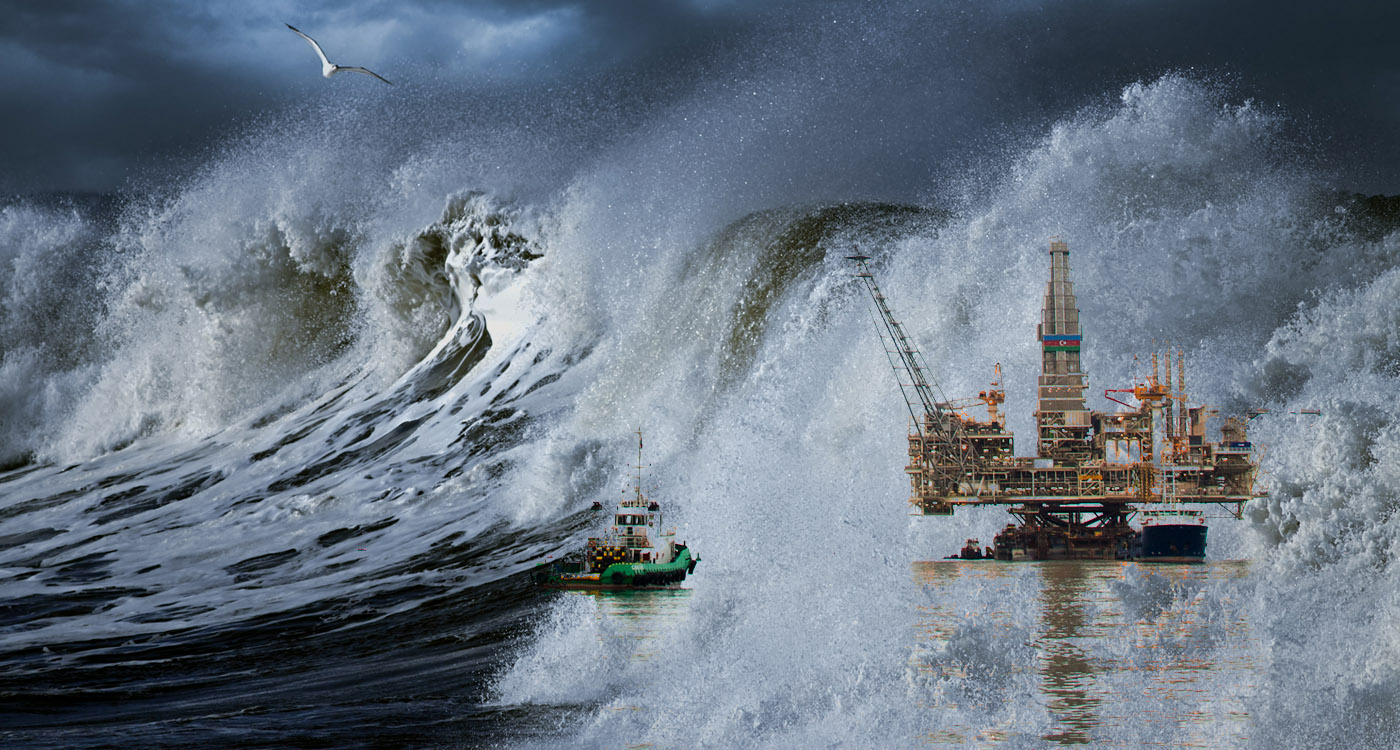 For those working in the offshore oil and gas industry, the Deepwater Horizon disaster was a major wakeup call. The tragic explosion, fire and subsequent undersea blowout that took place in the Gulf of Mexico off Louisiana on April 20, 2010 will have profound effect on the worldwide oil and gas industry for years to come, and has industry leaders in the Atlantic region taking a close look at the fail-safes in place in their industry.

A new study at Memorial University of Newfoundland & Labrador (MUN) may provide knowledge to help deal with future oil disasters. Erkan Cakir and Anup Radhakrishnan are Master’s students in Engineering at Memorial University. Their project is funded by Newfoundland’s R&D Corporation through an Ignite Project directed by NRC’s Dr. Ayhan Akinturk and ACEnet’s Dr. Alejandro Allievi. Using a powerful computer system, the two students designed a series of elaborate tests to investigate the suitability of flexible structures in the harsh marine environment. “If we can better understand how submerged flexible structures work, that could help in places like the Gulf of Mexico,” says Cakir.

Cakir and Radhkrishnan designed an experimental rig that could carry flexible structures towed along a wave tank, such as the ones available at MUN or at NRC’s OCRE Institute in St. John’s. By towing the rig along the tank, they could simulate the ocean’s hydrodynamic forces under the effect of currents and waves – a highly complicated task with flexible structures. “Fluid forces are based on the shape of the object,” says Cakir. “But with a flexible structure the shape changes considerably under the effect of underwater environmental forces. You need to compute forces depending on the instantaneous shape of the structure, and that is a highly intensive computational process.” With about six million computation points contained in the computer model of the experimental rig structure that Cakir and Radhkrishnan studied, billions of calculations must be carried out. “I’ve got a $5,000 computer on my desk, but that’s not nearly powerful enough,” says Cakir.

The research team turned to the distributed processing power of ACEnet’s Placentia Cluster at MUN instead, an invaluable resource, according to Cakir. “What would have taken us months took us a few weeks or in some cases just days.”

Allievi is ACENET’s Computational Research Consultant at MUN, providing computational, scientific and engineering advice to Placentia users. For the flexible structures project Allievi provided computational and engineering guidance, including in the use of the sophisticated multi-Physics simulation software called ANSYS. “Computationally, it’s an extremely intensive task,” he says. “Even with the computational resources available at Placentia, it can take as much as a couple of months to complete the simulation of the entire experimental rig.”

ACENET provides researchers and innovators with advanced computing expertise along with one of Canada’s most powerful computer networks. The only Atlantic Canada-wide facility that provides such services, ACEnet is a collaboration of Atlantic Universities and a partner consortium of Compute Canada, the organization responsible for advanced research computing in Canada. The Placentia Cluster headquartered at Memorial University is the largest ACENET cluster, housing about half of the 7,000-8000 CPU cores available.

Allievi says that the research carried out by Cakir and Radhkrishnan has considerable potential for oil and gas subsea exploration that goes well beyond the flexible structures studied in this specific project. Placentia Cluster and ANSYS software can be configured to investigate many other ocean-related problems requiring complex fluid flow and structural analyses. “With the burgeoning offshore industry in Newfoundland and Labrador, there are plenty of projects happening in St John’s that could certainly benefit from our computational/engineering expertise and experience. Enhancement of our resources would most definitely improve our ability to provide quicker turnaround of results for researchers, innovators and the local economy.”

Cakir and Radhkrishnan presented preliminary results of their works at Compute Canada’s High Performance Computing Symposium 2014 conference in Halifax in June. Cakir says that it could serve as a model for future studies of this type – studies that may help engineers design underwater flexible devices to contain oil spills. It’s the type of research that is vitally important for an ocean technology industry that already generates more than $2 billion to the Atlantic Canadian economy every year.