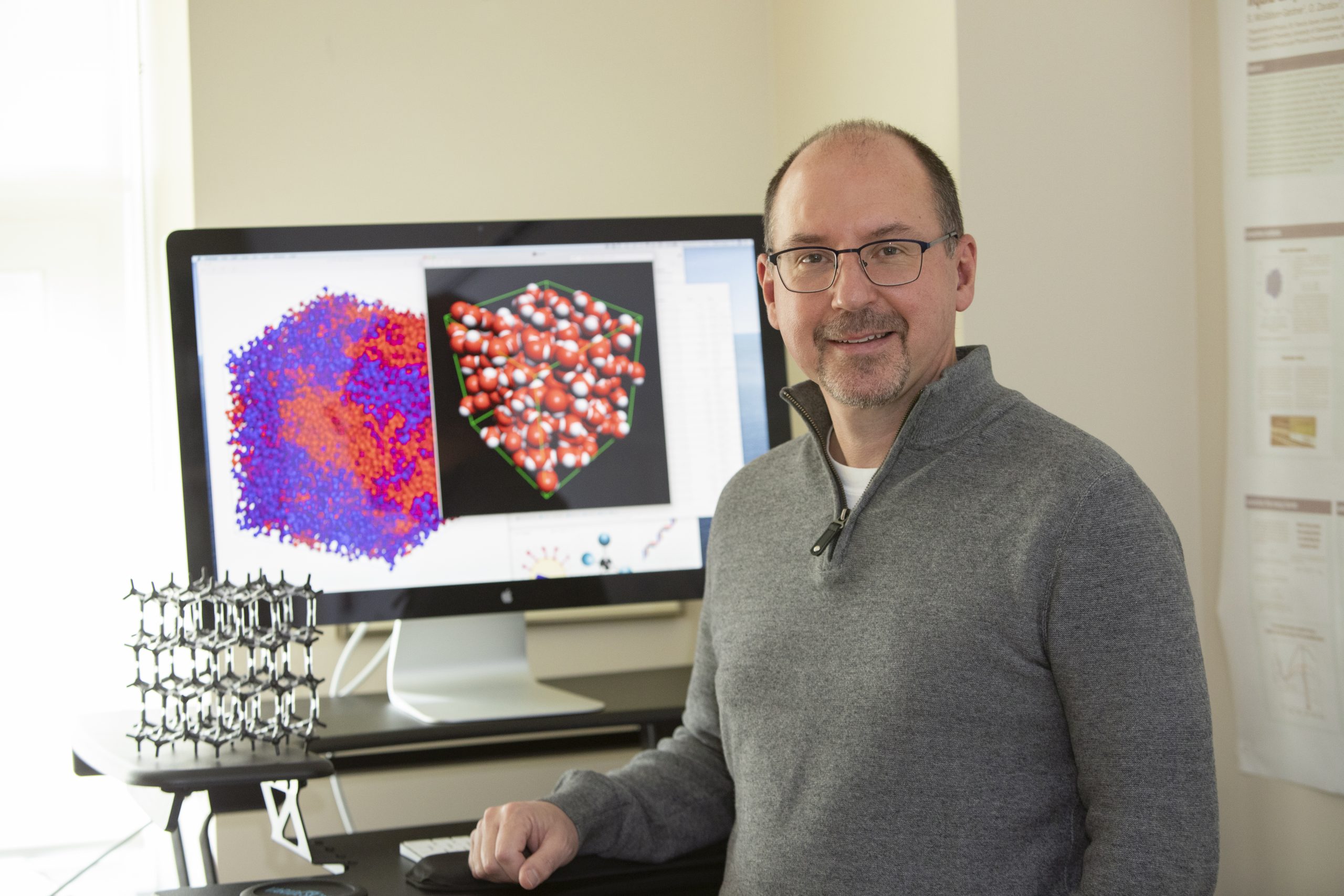 The discovery of how supercooled water switches from a high-density to a low-density liquid is “basic science” at this point, but it has wide-ranging implications for studies in a variety of fields — from cell biology to astronomy.

“Water plays a fundamental role in a vast range of science, technology, and industry,” says Peter Poole, a professor of physics at St. Francis Xavier University, who worked with a team of 21 scientists in five different countries on this project. His job, with colleague Nicolas Giovambattista, an associate professor at City University of New York, was to recreate the experimental conditions in computer-generated water simulations to show that the data coming out of the experiments was consistent with the predicted phase transition.

“The existence of the low-density/high-density liquid phase transition in supercooled water has profound implications for how we understand many important processes,” says Poole, whose study was just published in the prestigious journal Science. Supercooled water plays a central role in cloud formation and rain, which is a major influence on Earth’s climate. Understanding the molecular structure of water, and how it can change, is central to many aspects of cell biology. Clarifying the behaviour of water under low temperature conditions is also key for understanding our solar system, where water occurs in great quantities in comets and the outer planets.”

In explaining the science behind the findings, Poole says water is “common and important, yet it is also weird.”

Unlike other common liquids such as oil or alcohol, water has some strange properties. For example, ice floats on water, but most other solids sink into their liquid form. Below 4 C, water expands when cooled while most of its liquid counterparts contract.

As Poole says, the “weirdness gets weirder” when the water is supercooled, which means it’s below the freezing temperature. Deeply supercooled water can freeze into ice very quickly, so quickly that normal experiments can no longer measure the liquid’s properties.

“The weird properties of water have puzzled scientists for more than a hundred years,” Poole says. “In 1992, I was part of a team at Boston University using computer simulations to study this problem. [With computers,] we were able to measure the properties of deeply supercooled water faster than in any experiments at the time. And we found something very unusual. We found that if the temperature is low enough, there are two kinds of liquid water, a low-density liquid (LDL) and a high-density liquid (HDL). The change from LDL to HDL at low temperature is a sudden and dramatic ‘phase transition.’ We showed that the existence of this phase transition provided a simple and unified way to explain all of the unusual properties of water.”

Since that time, scientists have been working to test that theory and find evidence of the phase transition. The Science article presents its findings of water having been “caught in the act,” as Poole puts it, of switching from LDL to HDL. 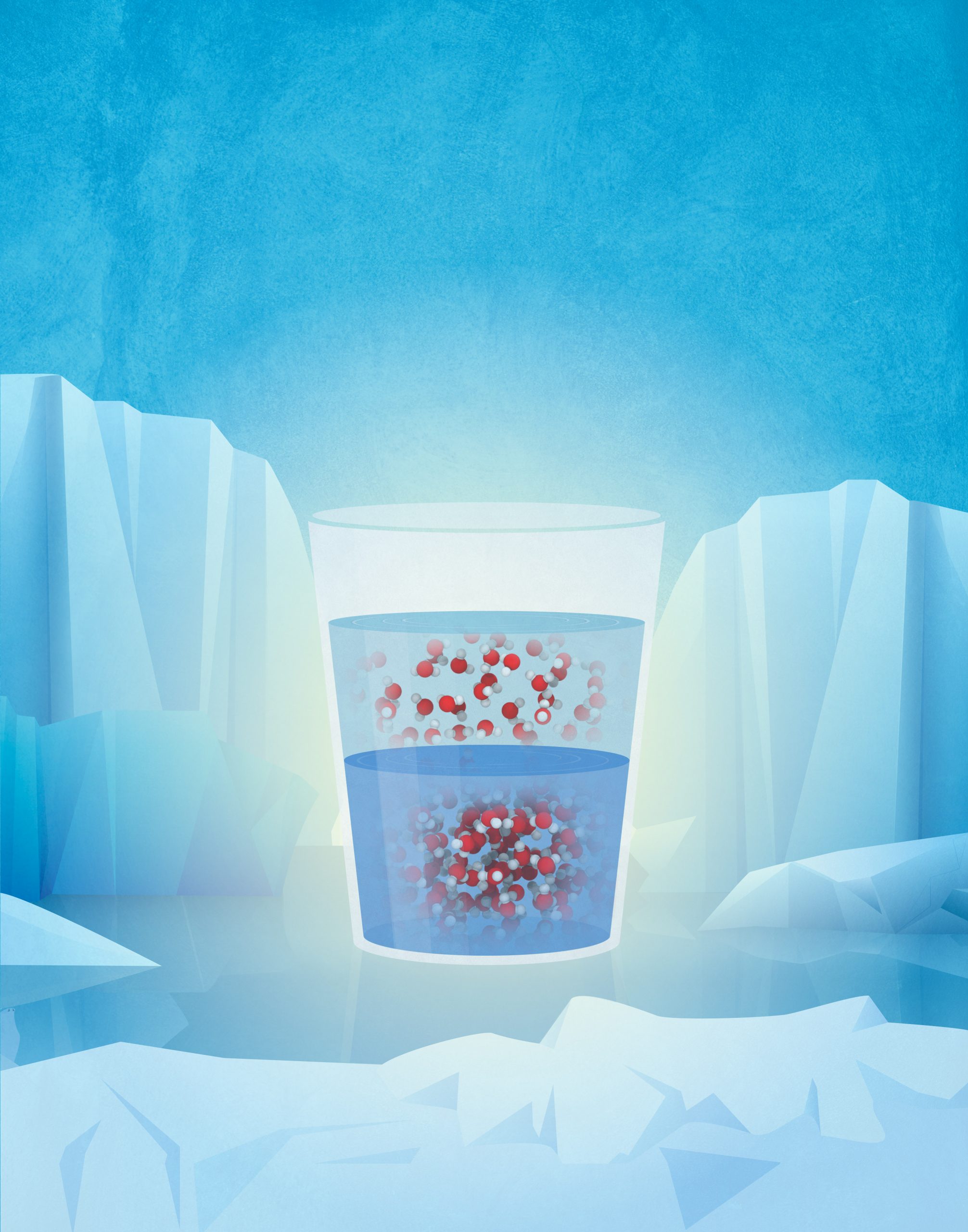 Poole says the actual experiments subjected water to a “rather violent process.” Scientists in Sweden sent samples of frozen ultra-pure water in a custom-designed sample holder inside a cryogenic container to South Korea. In South Korea, one of the most powerful X-ray lasers in the world sent pulses lasting less than 50 femtoseconds (one millionth of one billionth of a second) and they obtained precise snapshots of the liquid molecular structure before ice formation could occur.

Poole says it was exciting to be part of this “massive experimental effort.” In addition to bearing out what the physical experiments showed, his simulations also helped clarify how water reacts to ultra-rapid changes in temperature and pressure.

Poole was able to keep his portion of the work in Canada, thanks to the services of ACENET and Compute Canada.

“The first-rate scientific computing facilities available to us in Canada were crucial for making it possible for us to be part of this international effort, and provided us with the considerable computing “horsepower” required to contribute to making the entire project a success,” he says.

His colleague, Giovambattista, works in the U.S. but the two didn’t even bother to look into American services because they knew Canada’s were world-class.

“It was just so straight-forward to get into ACENET and Compute Canada and [Giovambattista] was very pleased with the ACENET system,” Poole says. “We got our own account within a day and he got up and running within an afternoon. It was seamless. ACENET made it possible for us to immediately commit to contributing to the project and that was a good feeling when you know the resource is there for you.”