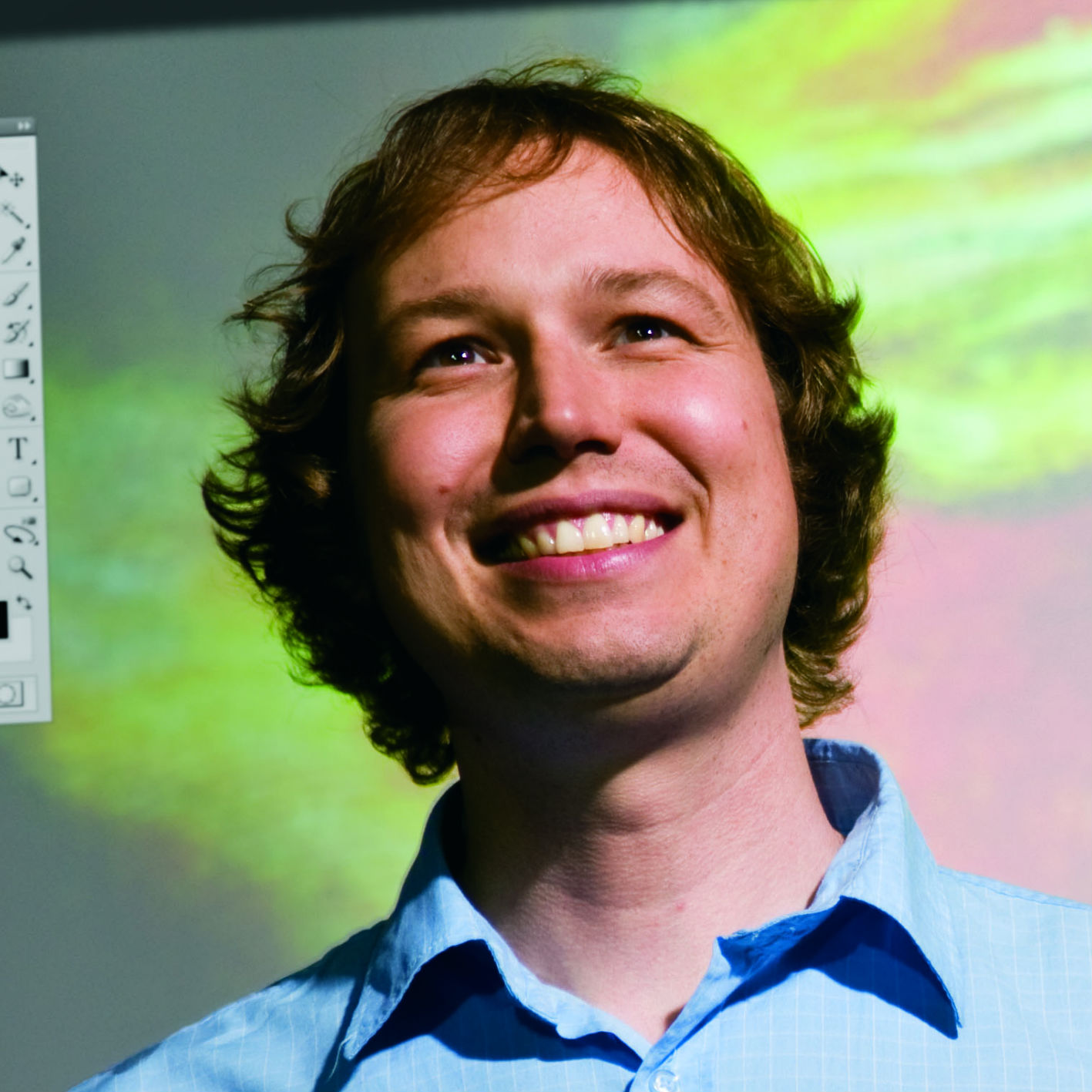 If he were alive today William Blake would have been a multimedia artist, says Acadia University English professor Jon Saklofske. After all, the great British poet and visual artist left a complex and vast body of work ranging from the romantic to the surreal. “Blake was an inventor,” says Saklofske. “He would have realized that computers are important tools and I think he would have made good use of them.”

Saklofske certainly is making good use of the technology. He is an active participant in the emerging field of digital humanities – the practice of applying computer technology in various ways to the study of the humanities. He’s using it for his ongoing research into the works of Blake, but he’s gone much further than that, creating a digital online tool called NewRadial that helps scholars conduct and share online research.

“People have been digitizing works of literature and art like crazy for the last 15 years,” says Saklofske. “Now it’s time for us to start doing something with these vast digital collections.”

Saklofske’s interest in online research began when he started using the William Blake Archive, a web-based multimedia source featuring the works of Blake. “It’s a great site, but there are limitations,” he says. “The interface didn’t allow me to do everything I wanted to do.” He began working on an alternative interface, a modified way of accessing and participating in the Blake Archive – one that would allow more detailed search parameters and user participation. He dubbed the online platform “NewRadial” and immediately extended it beyond the study of Blake to work with other online multimedia collections.

NewRadial has proved to be a huge boon to Saklofske’s research. For example, he’s used it to study Blake’s artistic representations of the Biblical Leviathan. “Blake drew Leviathan as a coiled serpent,” he says. “NewRadial allows me to collect other representations of Leviathan during Blake’s time and compare them with Blake’s work.”

The platform also promotes open social scholarship as other researchers are able to create their own collections, leave marginal comments or start a comment stream. “By integrating diverse and often isolated online resources through something like NewRadial, we can look at 500 years of written culture and understand how the way we tell stories, use language and express our worldview has changed and evolved over the centuries. It’s a very effective tool.”

By getting involved with ACENET, Saklofske was able to move NewRadial off of the small Macintosh server that it originally resided on and make it faster and more powerful. ACENET also opened his eyes to new possibilities for the technology and for the field of digital humanities.

Digital humanities is a broad field and one that a lot of traditional humanities scholars still have a hard time taking to, according to Saklofske. “There is still a noticeable divide between computer science and the arts. A lot of the time the efforts of Compute Canada tend to be directed toward science, but there is really a lot that can be done in the study of the arts as well. Computers are changing the way we do research and communicate that research with each other and a broader public. William Blake was very much about thinking beyond the box, in the same way that computers are allowing us to think beyond the page.”