Exploring the World of Nanoparticles 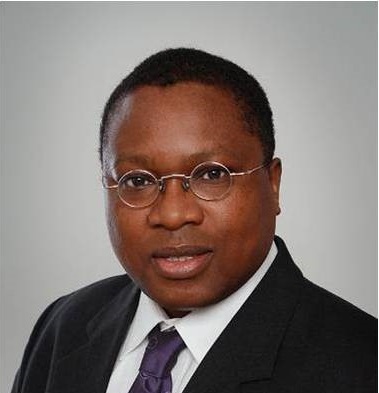 The world that Martin Mkandawire studies is very, very small, but his work could have a massive impact on human health and the treatment of diseases, including cancer. He’s also playing a significant role in helping to clean up the environment, particularly around mining and industrial sites.

Mkandawire is a chemistry professor and scientist at Cape Breton University (CBU) who uses spectroscopy and photochemistry to study the properties of nanoparticles – microscopic objects less than 100 nanometres in diameter. He studies organometallic compounds and interactions between molecules and nanoparticles that have at least one bond between an atom of an organic compound and a metal. He’s also working to develop devices using natural biological processes as the model, including developing and improving efficiency of organic solar cells based on cyanobacterial photosynthesis.

As Industrial Research Chair for Mine Water Management at the Verschuren Centre for Sustainability in Energy and the Environment at CBU, Mkandawire devotes much of his research to mine water remediation and management, developing cost-effective cleanup and treatment strategies, mostly based on principles of nanotechnology. One of those strategies involves using sensors that contain protein bound to nanoparticles that change colour, or fluoresce, when they come in contact with certain pollutants – acting as chemical canaries in coal mines. “We’re using nanoparticles for biosensor development,” he says.

Mkandawire and his team are also using nanotechnology to make cancer radiation treatments safer and more effective. Amanda Cameron is an undergraduate chemistry student at CBU and the recipient of a 2015 ACENET Research Fellowship. She is also one of the authors of a landmark paper on gold nanoparticle absorption rates published in the Royal Chemical Society journal Nanoscale. Under Mkandawire’s direction she is studying the interaction of nanoparticles with certain cancer drugs. “Right now there are a lot of negative side effects associated with some cancer drugs,” says Cameron. “If we attach those drugs to a nanoparticle that targets the cancer cells we can better target the tumour without affecting the healthy cells around it.”

By injecting metallic nanoparticles directly inside cancer cells, small doses of radiation can be highly targeted to kill cancer cells without harming the healthy cells around it. “With this technique, a small amount of radiation has a strong effect,” says Mkandawire. His team also worked on targeting nanoparticles at the mitochondria in cancer cells – a study they published in the Royal Chemical Society journal, Nanoscale.

Nanotechnology research may also lead to major improvements in one of the world’s oldest medical treatments: wound dressings. Mkandawire is testing smart wound dressings that contain magnetic nanoparticles incorporated in wound dressing fibres capable of detecting bacteria and increasing conditions during wound healing such as temperature or pH – conditions that can kill the bacteria without the need for antibiotics or other drugs. “Right now you have to keep undressing the wound and checking for infections,” says Mkandawire. “Smart dressings would allow you to keep the dressing on without disturbing the wound and still be well protected from the possibility of infection.”

To carry out his studies Mkandawire uses the ACENET computer network to run complex algorithms before he puts his theories to laboratory testing. “We can enter in parameters like thermodynamic properties, reaction rates, the energy of interaction, type of interaction, and strength of the molecular bonding. It allows us to analyze what will occur over time. They are extremely complex calculations and they take a long time to run on the computer. ACENET speeds up the process and allows us to do a lot more in the limited time we have. It’s a great resource.”