Bringing Communities Together Through Music

Marcia Ostashewski’s ethnomusicology work brings together local communities through music and performance projects. At times, those communities stretch much further — one project connected people from Cape Breton, Alberta and Croatia. 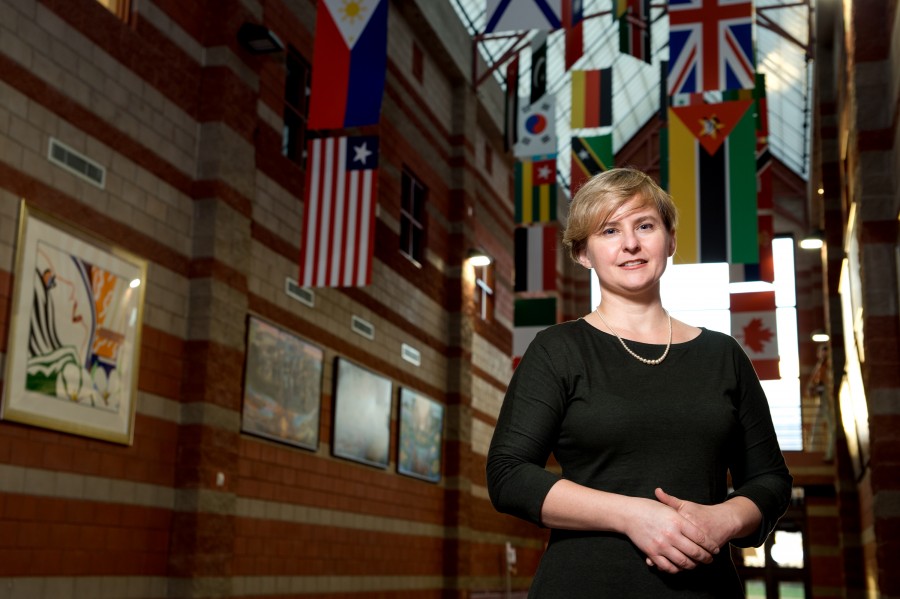 Ostashewski, an Associate Professor of Ethnomusicology, Tier 2 Canada Research Chair for Communities and Cultures and Director of the Centre for Sound Communities (soundcommunities.org) at Cape Breton University, brought the aforementioned group together through her work on diversitycapebreton.ca, a web portal that highlights the
Eastern and Central European cultural contributions to Cape Breton.

“There was a gap in the scholarship, public heritage interpretation and public school curriculum about the contributions of these Europeans,” Ostashewski says, “and to attend to this gap, we developed the portal.”

She created it in partnership with the University of Prince Edward Island, along with a working group based at Cape Breton University, and received a grant from the Social Sciences and Humanities Research Council (SSHRC). She interviewed experts from Eastern Europe and worked with partners at the University of Alberta and Japan’s University of Aizu. The Croatia connection came when she invited a Croatian post-doctoral student to work on the project.

The site has two major components. One is an archive and the other is an interactive section with display options such as virtual tours. The latter also features curriculum specifically written for students and teachers in Nova Scotia’s school system.

“You can adjust them to meet your classroom’s needs,” Ostashewski says. “Those are very well received by teachers.”

The archive also includes many digitized archival documents, as well as interviews and videos of public performances.

In addition to Eastern and Central Europeans, the Whitney Pier and Glace Bay areas of Cape Breton once had a large Jewish community that now only numbers about 10 families. The archive also highlights their contributions.

“There used to be several synagogues, but now many members of those communities have moved off-island,” she says. “So it’s nice to have this material available to the public. As a result of the portal, the Beit Hatfutsot, a high-profile museum of the Jewish diaspora in Israel, found out about the Jewish community in Cape Breton and asked us to write some information for them. We’ve also done exhibits and presentations in Toronto, where many of these families have moved.”

This project was made possible with help from ACENET, a regional partner of Compute Canada that makes high-performance computing accessible to researchers in Atlantic Canada. Once the SSHRC grant ran out, it was vital to have ACENET house the portal.

“ACENET is also training students, faculty and staff to take on the responsibility of managing, maintaining and growing this and other research sites,” Ostashewski says.

Ostashewski has also studied the live music and poetry of bards (singingstorytellers.ca, songsoftruth.ca) from around the world, and, through a pilot project called iCreate Cape Breton, she works with at-risk youth and elders to foster resilience among youth facing environmental changes that lead to social justice issues.

Her most significant recent work may be her collaborations with Membertou First Nation and other Cape Breton Island communities. Mi’kmaq Elders have described here work as “truth and reconciliation in action.”

Ostashewski said ethnomusicology research is moving toward more intensive community-engaged research, which suits her fine, and which will continue to require plenty of high-powered computing.